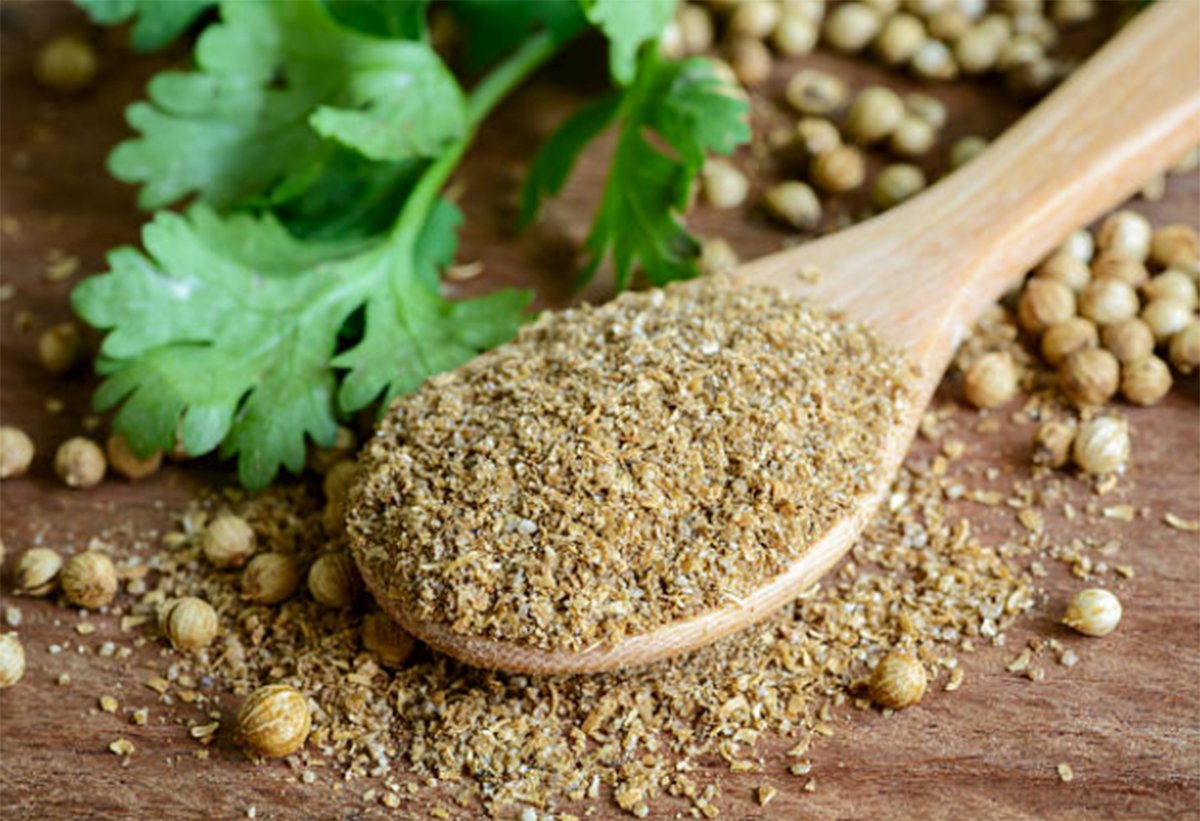 You are here because you most likely ran out of coriander, and you are already in the kitchen and ready to whip out some delicious dishes. If you don't have any corianders at home, don't panic, as there are many great coriander substitutes that you may already have right in your kitchen. Below, we will discuss the best coriander substitute options and when and how to use them for the best outcome.

The best way to determine coriander substitute is to know exactly what it is that we are replacing. What is coriander? What flavor profile do they add to your dish?

Coriander is a member of the parsley family and is also named Chinese parsley or cilantro (more on that below). It has a bitter, citric taste, somewhat like lemon or lime, and a strong aroma. However, not everyone cares for it or even enjoys it - or at least for the leaves. Some people describe fresh cilantro as refreshing and light, but others describe it as "soapy." When finding the best coriander substitute, we will have to consider these flavor profiles.

In the United States, the coriander leaves and stems are called "cilantro," while the seeds are called "coriander." Other countries reverse each term or use the same word for all plant parts. Before you search for a substitute, first understand are you substituting for the leaves or the seeds, as they offer a different taste and function.

The seed is frequently used to add flavor to brine meat or pickling vegetables, and the leaves are used as an herb or a garnish.

For centuries, coriander seeds have been treasured from India and China to the Middle East to Latin America.

Unlike the leaves, the whole coriander seeds taste warmer than coriander leaves or even ground coriander seeds. These dried, whole seeds are used frequently in teas, for pickling, in meat rubs, brine, and atop roasted vegetables. Here are the best coriander substitute options if the recipe calls for coriander seeds:

Cumin seeds are often paired with coriander in many recipes. Cumin has a warmer, spicier flavor than coriander and is often found in Middle Eastern and Latin American cuisine. Coriander and cumin both have earthy flavors, but cumin is heavier than the lighter, fresh flavor of coriander. Cumin will substitute well for coriander seed if it's that earthiness that you're going for, rather than the citric flavor making this one of the great coriander substitutes.

Caraway and coriander are both in the parsley family and so substitute well for each other. Caraway seeds have a nutty, slightly bittersweet flavor profile, with touches of anise and citrus. Caraway seeds are slightly sweeter than coriander, so start with a pinch and taste the dish before adding more.

Both fennel and coriander contain a substance called anethole. The anethole gives both an anise licorice flavor so that you can use one in place of the other. However, fennel won't have the citric taste and is more bitter than coriander.

Ground coriander has a somewhat more bitter taste than whole coriander. You can use coriander in marinades and curry pastes as a ground powder form. Below are great coriander substitute options for recipes that call for coriander seeds: 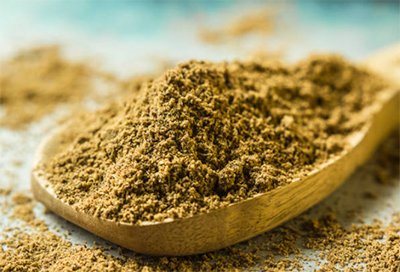 Ground cumin is made from dried seeds of Cuminum, and this spice is often used in Middle Eastern cooking. While cumin doesn't match the exact flavor profile of coriander, it shares a similar earthy and nutty flavor, making it a good coriander substitute.

When using cumin as a substitute, use a 1:1 exchange ratio.

In terms of flavor profile, caraway is the closest match. However, caraway is not a commonly used spice, so the chances are you may not have this on your spice rack.

But if you don't have ground caraway on hand, you can use a 1:1 ratio substitute.

Fennel seeds have a very different flavor profile than coriander, but they have the same earthy tone. Even though the flavor may be different, it can still complement your dish nicely.

When using fennel seeds as the substitute, use a 1:1 exchange ratio.

Garam masala is used in many Indian dishes and is actually a spice blend and it contains ground coriander, cumin, cinnamon, clove, turmeric, and black pepper. By adding garam masala to a dish, you'll add coriander! But, you'll be adding many other flavors as well. Also, turmeric will quickly turn the entire dish into a yellow color, but it offers great health benefits.

When using Garam Masala as the substitute, you can use a 1:1 ratio substitution.

Curry powder is another Indian spice blend containing coriander, turmeric, ginger, chili powder, cardamom, etc. It is popular in Indian and Asian dishes and is characterized by a rich golden hue.

Because curry powder contains coriander, this spice can be a great substitute and addition to your dish. But, again, you'll also be adding the yellow turmeric and many other spices that might go against the desired flavor of your dish. This substitute is perfect for grilled meat or roasted veggies.

When using curry powder as the substitute, you can use a 1:1 ratio substitution. However, depending on what other spices you may be putting in your dish, it is recommended that you start with a small amount and work your way up to ensure it doesn't overpower your dish. 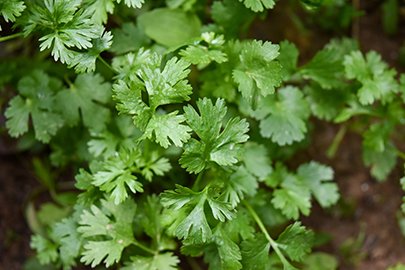 Coriander leaves are frequently referred to as cilantro. Many people who have no problem with the ground form of coriander dislike cilantro, saying that it has a strong taste of soap. If your recipe calls for cilantro as a garnish, and you are all out, it might not be a bad thing! With coriander seeds, whether whole or in their ground form, we looked to other spices as a replacement. With coriander leaves or cilantro, we go to herbs instead.

Coriander is in the same plant family as parsley, so parsley itself is a perfect coriander substitute! Fresh parsley is crisp, slightly peppery, and somewhat bitter. However, it lacks a lemony flavor. If using it to substitute coriander, consider tossing the fresh leaves with a couple of drops of lemon or lime juice.

When using dried parsley as the substitute, you can use a 1:1 ratio substitution.

Basil is from the mint family, a common herb used in Thai and Italian cuisine. Basil can be a great substitute for coriander as it has a similar taste profile with a hint of mint and a slight anise flavor.

Italian basil is the most common variety you can find on the market, and it is a bit sweet. Thai basil, however, has a very similar flavor profile to the coriander plant. However, it doesn't have the citric taste of coriander, but they both share the licorice and anise flavor.

Fresh basil is also a better choice as it is not as potent as dried basil. Dried basil can be used in a 1:1 exchange ratio, and fresh basil is a little harder to find the exact ratio.

Dried oregano is used often in Italian cuisine, but the fresh herb can be used as a coriander substitute. It has an earthy flavor, similar to coriander, and it is also somewhat minty. The mint and citric flavors are not the same, but both are light and refreshing. In a pinch, oregano could save your dish!

When using oregano as the substitute, you can use a 1:1 exchange ratio.

Fresh dill is a popular coriander substitute because they both have an earthy flavor. Dill can be a nice choice if you don't like coriander taste. But you will still get the peppery bitterness of coriander in dill.

Dill can be very powerful, and we recommend that you start with a small amount and work your way up, starting with half of what the recipe calls for in coriander.

Tarragon and coriander share very similar flavors. Tarragon has thin leaves, a bittersweet taste, and a citric aroma. It has a slight taste of lemon and licorice, just like coriander. However, it also has a hint of vanilla, pepper, and mint. Be sure to taste your dish as you add tarragon to keep your flavors in balance.

When using tarragon as a substitute, you can use a 1:1 exchange ratio.

Depending on what you are making, a herb mixture may just do the trick. Chopping up some chive, tarragon, rosemary, and other herbs can add a touch of freshness to your dish.

If you have a herb blend at home, the blend may include coriander in them, especially if you have Italian seasoning.

A Guide to The 13 Best Non-Toxic Casserole Dish Selections

A Guide to The 13 Best Non-Toxic Casserole Dish Selections