How To Cook Barley 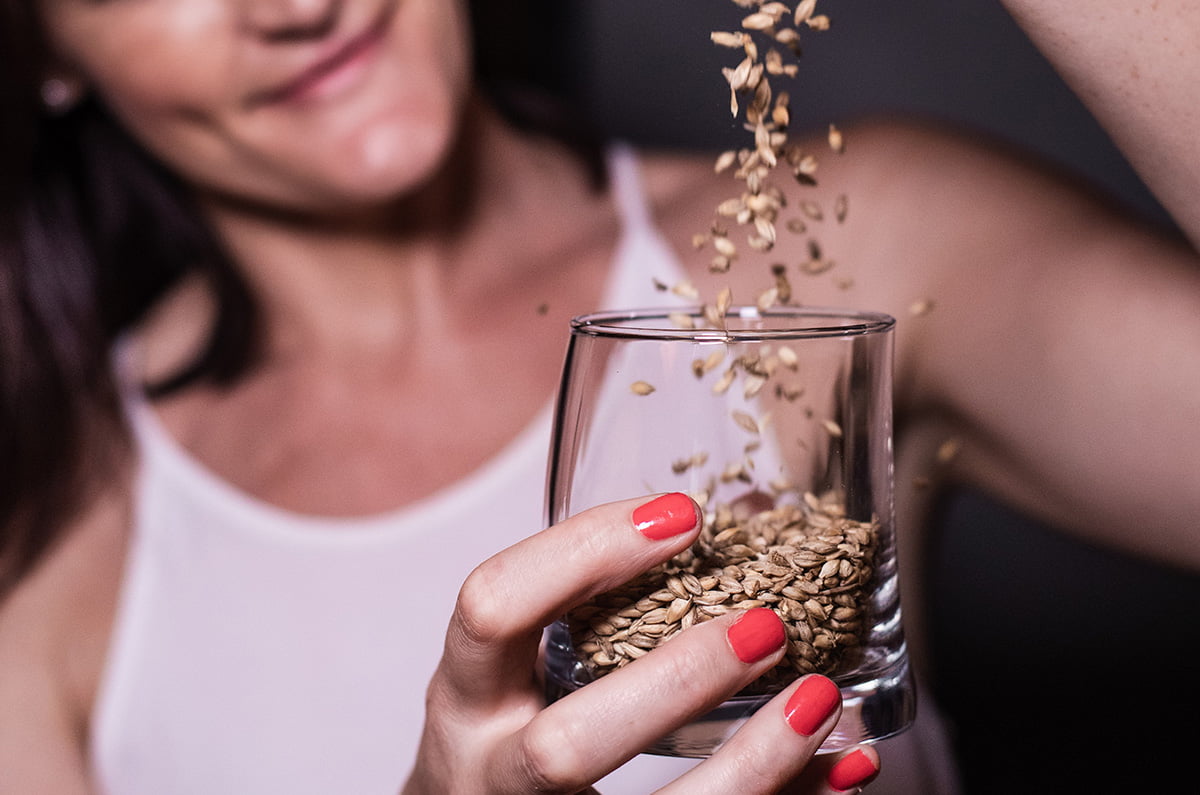 If you're tired of using boring old brown rice or quinoa in your healthy recipes, it's time to switch things up by cooking barley! The nutritious ancient grain is packed with fiber and protein, making it a great alternative to carbs like pasta, rice, and other grains.

Below, we're offering step-by-step instructions on how to cook barley and helpful information about the delicious, hearty grain.

Barley is one of the oldest cereal grains in the world. Though it's been a staple in Mediterranean and Middle Eastern cooking for centuries, it's only recently gained widespread popularity thanks to its health benefits.

Cooked barley has a nutty flavor and a soft, slightly chewy consistency that makes it well-suited for use in soups and stews and hearty side dishes like grain salad and pilaf.

The nutritional content of barley varies based on the type of barley and the amount of bran removed, but all varieties offer the following health benefits:

A serving of barley provides a good portion of your daily fiber intake, with 1 cup pearl barley offering around 6 to 8 grams. In addition, a diet that's rich in fiber aids healthy digestion and supports weight loss by filling you up and reducing hunger between meals.

A diet rich in whole grains may help improve your heart health and lower high blood pressure and cholesterol levels.

Packed with Vitamins and Minerals

Barley is rich in copper, manganese, selenium, magnesium, vitamin B1, phosphorus, phytic acid, and other compounds and antioxidants that support a healthy digestive system, heart, brain, and overall health.

Because it contains fewer empty calories and starch, barley makes a healthy swap for bread, rice, and pasta.

While barley does have a lower gluten content than wheat, it's not entirely gluten-free. Buckwheat, amaranth, millet, and sorghum can all be used as a gluten-free substitute in barley recipes.

Barley commonly comes in two forms. While they can easily be substituted for each other in recipes, you'll likely need to adjust the cooking time.

Hulled barley is the whole grain form of barley. Keeping the grain whole allows the cooked barley to retain all the fiber and nutrients packed inside. Because only the outermost hull is removed, it takes slightly longer to cook than pearl barley and has a chewier texture. While it's not as common as pearl and pot barley, whole-grain barley can still be found online and in most grocery stores.

Pearl barley is the most common form of barley and can be found in the grain aisle of almost every grocery store. Unlike hulled barley, pearled barley has been processed to remove the outer husk, bran layer, and inner germ layers. While the process helps the grains to cook faster and achieve a more tender, chewy texture, it does reduce their overall nutritional value.

Pot barley is similar to pearled barley but has been processed for a shorter time to retain most of the fiber-packed bran layers. Like other barley varieties, it can be found in the grain aisle of most supermarkets.

How to Cook Barley

Cooking Barley on the Stovetop

The most common way to cook barley is on the stovetop, using the same method as you would cook rice and other grains like farro or buckwheat. In general, stick to a 3 to 1 ratio of water to barley when using the stovetop absorption method. This means for every 1 cup of barley, you will need 3 cups of water. Depending on the barley, you may need to add more barley or more water to achieve the perfect chewy consistency :

Alternatively, barley can be cooked using the stovetop pasta method:

Cooking Barley in a Rice Cooker or Instant Pot

Barley should be stored in a cool, dry place like a cupboard and pantry. After it has been cooked, barley can be stored in an airtight container for up to a week in the refrigerator or two months in the freezer.