How To Freeze Blueberries 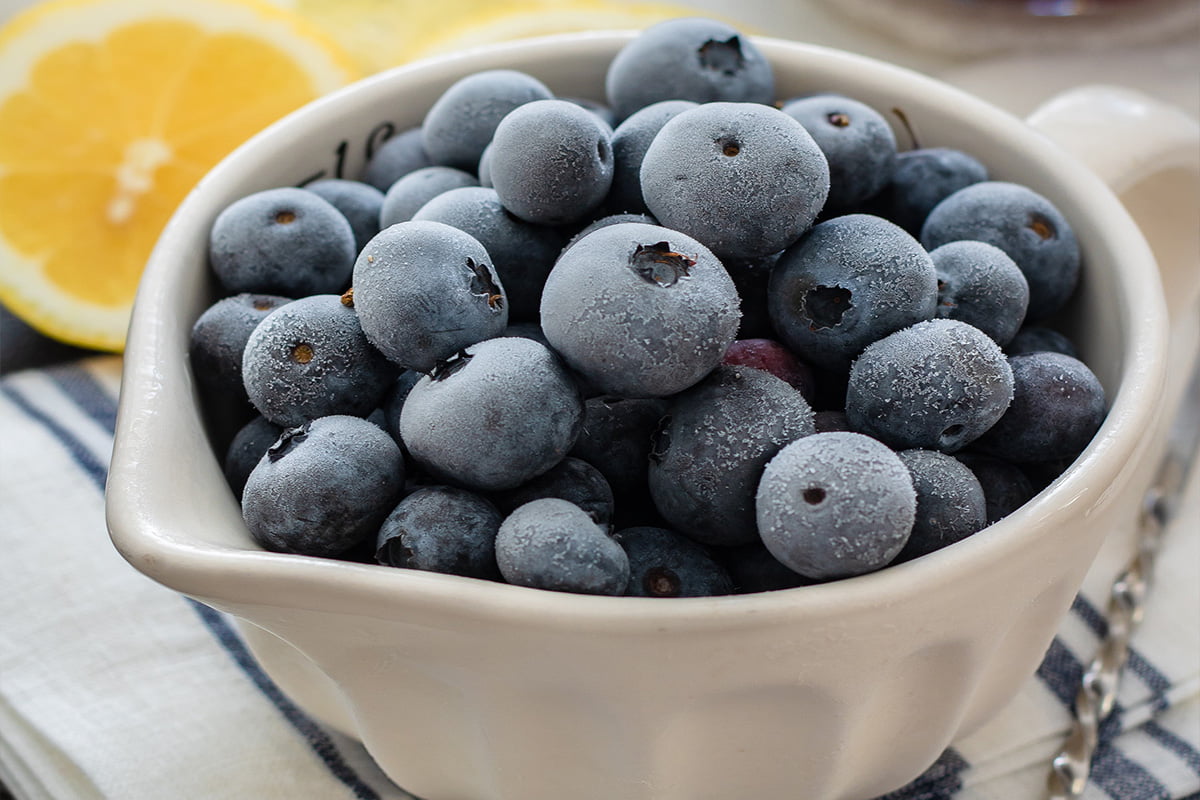 When it's blueberry season, their abundance and affordability can make you wish berry season lasts year-round. Sure, you can buy them in the supermarket out of season - but for at least double the price! Thankfully, you can make the summer's bounty of blueberries stretch by freezing them. Below, we break down the process of how to freeze blueberries. It works for other types of berries as well! Freezing fresh blueberries is super easy and simple, and if you store your berries well, they can last in your freezer for six months or even longer! That's just about long enough to get you from the end of one berry season to the very beginning of the next. Not a bad tradeoff for a little bit of effort! Now, let's save a piece of summer and freeze some blueberries.

How To Freeze Blueberries Step-By-Step

The Environmental Working Group puts out a yearly list of fruits and vegetables that retain a high level of pesticide residue. Blueberries are not usually on this list, thankfully. However, they don't have a natural protective coating that you remove before eating - think bananas and oranges. This means that whatever has been on the outside of the blueberry is going to be eaten. Not the most comforting thought! That's why it's a good idea to wash your blueberries thoroughly before eating them.

If you grow your own berries, your blueberries will naturally produce a cloudy coating on the outside to protect against pests and bacteria. In this case, some people decide not to rinse them before freezing to prevent sticking.

You can rinse the blueberries in room temperature water, and that will take care of most of the dirt. But there's usually more than just visible dirt on produce, so it's wise to give them a good scrub. The problem is - you can't really scrub blueberries! So you might want to add some extra cleaning power into your water.

White vinegar is great to add. Use a ratio of 1 part vinegar to 3 parts water. Apple cider vinegar is also a great produce cleaner and is much stronger than white vinegar. You'll need to dilute it more - use 1 part of apple cider vinegar to 10 parts of water. Mix your water and vinegar together, and let your berries soak for 5 to 10 minutes. Rinse gently under the tap and set aside on paper towels in a single layer to air dry. Before you freeze the blueberries, make sure they are completely dry.

Freezing blueberries is easy when it is done right. If not, you will wind up with a large, frozen clump that is frustrating to use. This in-between step lets you freeze berries so that the clumping doesn't happen! We're going to use a technique called flash freezing. Spread the blueberries out in a single layer on any rimmed baking sheet, like a cookie sheet. You probably won't need to line the baking sheet with parchment paper or a silicone mat as long as the blueberries are dried and with no residual moisture. Most baking sheets are naturally nonstick. If, after a batch or two, you notice that your berries tend to get stuck to the sheet, then, by all means, use a liner moving forward.

Place the baking sheet into your freezer and leave it for at least an hour. Blueberries are pretty small so that they can freeze quickly, and it shouldn't take longer than an hour for them to freeze through. If your freezer is pretty full, however, it may take 2 to 4 hours. You can make the most of your freezer space by using stackable cooling racks. This will let you set one baking sheet on top of another.

Now that you've got individually frozen blueberries, you need to transfer them to a freezer bag or other freezer-safe container to store for the long term. If freezer containers or bags are not available, you can put a baking sheet in a pint container and place the blueberries directly in the pint. If you're concerned about freezer burn, you can double wrap your blueberries. You can do this by double bagging the berries - such as filling up two-quart freezer bags and then putting them into a gallon freezer bag. You can also put a freezer bag of frozen berries into a separate plastic freezer container. If stored well, your frozen blueberries will last six months or longer in the freezer.

How Do I Use My Frozen Blueberries?

When Is The Best Time To Freeze Fresh Blueberries?

As long as the berries are still in good shape, it doesn't matter if you freeze them straight off of the bush or if they've been in the fridge for a couple of days. You do want to make sure that you freeze blueberries before they start to go bad. At the smallest sign that your batch of berries is starting to turn - getting smaller, wrinkly, or mushy - get them in the freezer!

You took the extra effort to freeze blueberries in such a way as to prevent sticking. Don't ruin your effort by being careless later! If you pull out a bag of frozen berries to use in smoothies or other recipes, take out what you need and then immediately put the bag back in the freezer. Perhaps even leave the bag in the freezer and scoop the blueberries directly out of it. Some prefer to rinse them quickly with cool water and then toss them in a blender. The berries will start to thaw quickly, and once they thaw, they will freeze back together in a clump. The best way to thaw frozen blueberries is to place the bag in some cold water.

How to Cut Dragon Fruit | Prepare And Serve Guide