The Best Allspice Substitute in Your Spice Rack 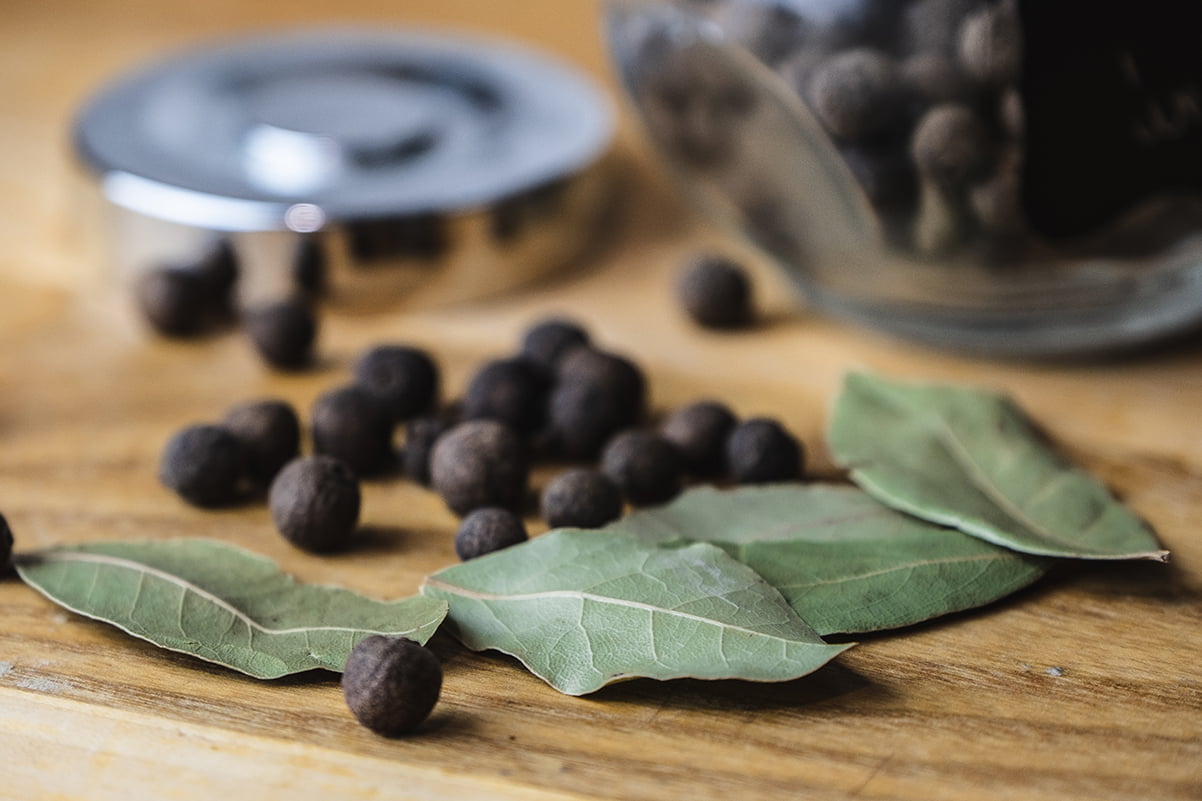 While allspice is one of the most popular spices in the world, it's an easy one to run out of. Compared to other spices, ground allspice loses its flavor quickly, and whole allspice berries are a hassle to grind. But there's no need to panic if you're out of allspice. There are a number of other spices that can be used as an allspice substitute.

Below, we've rounded up the best substitutes for both whole allspice berries and ground allspice. Whether you've discovered your ground allspice has gone stale or you've run out of allspice altogether, these handy allspice substitutes can help you save a recipe in a pinch.

But first, let's learn a bit more about allspice itself.

Thanks to its versatile flavor, allspice is one of the most popular spices around the globe. While it's easy to assume that it's a blend of all spices, allspice is actually a single spice. Instead, its name comes from its ability to be used in all dishes, as it's commonly used in both sweet and savory recipes.

Allspice is a potent spice made from the dried berries of the Pimenta dioica plant, a tropical tree native to Central America. The small, green allspice berries are picked before they're ripe and traditionally dried in the sun (though lower-end spice brands may use other methods). When dried, the brown allspice berries look strikingly similar to dried peppercorns.

Allspice quickly loses its flavor and fragrance, especially when ground, so we recommend storing your allspice as whole berries. For maximum flavor, whole allspice should be ground using a coffee grinder or pepper grinder immediately before use.

Allspice earned its name from its complex flavor, which is often described as a blend of nutmeg, cinnamon, and cloves. The flavor and aroma of the distinct spice are quite strong, so a little goes a long way in the kitchen.

What is allspice used in?

Though allspice is used worldwide in both sweet and savory dishes, it's best-known for its prominent role in Caribbean cuisine. It's often called pimento, pimento dram, Jamaica pepper, or myrtle pepper on the ingredient list of Jamaican jerk seasoning and other Caribbean food products. In addition to Caribbean cooking, allspice is also used in Middle Eastern, European, and Midwestern cuisine.

Because of its versatile flavor, allspice is used for everything from seasoning meat and seafood to deepening the flavor of stews to enhancing the aroma of bread and baked goods. Here are a few common uses:

What can I substitute for allspice?

Because of its complex flavor and aroma, the best substitute for allspice isn't a single spice. It's a blend of spices. Layered together, these other spices can closely recreate the depth and flavor of allspice.

Blend of Cinnamon, Nutmeg, and Cloves

Allspice is often described as tasting like a combination of three spices: cinnamon, nutmeg, and cloves. So without a doubt, the best allspice substitute is a blend of the three.

To create your allspice substitute, mix together equal parts cinnamon, cloves, and nutmeg and add the same amount of the spice blend as the recipe calls for allspice.

Another great allspice substitute is pumpkin pie spice. The fall-friendly spice blend contains ground allspice itself, along with ground cinnamon, nutmeg, ginger, and cloves. Thanks to its warm flavor and mouth watering aroma, it works particularly well as a substitute for allspice in baking and sweet recipes.

To use pumpkin pie spice as an allspice substitute, add the same amount of the spice blend as the recipe calls for allspice.

Similarly, apple pie spice can be used as an allspice substitute in baked goods and sweet treats. As the name suggests, apple pie spice is designed with pies, cakes, cookies, and other delicious baking in mind. The warm spice mix blends allspice, cinnamon, nutmeg, ginger, cardamom, and sometimes cloves.

To substitute apple pie spice for allspice, use an equal amount as what is called for in the recipe.

Similar to ground allspice, ground cloves have a sharp flavor that stands out in dishes. The potent spice can be used to substitute allspice in a variety of savory recipes like casseroles and curries. It can even be used to flavor drinks like mulled wine, cider, and chai tea.

Because cloves are stronger than allspice, you'll want to use half the amount of ground cloves as the recipe calls for ground allspice to avoid overpowering the delicate flavors of the dish.

Another easy allspice substitution is ground cinnamon and a bit of ground black pepper. While it will add a distinctly cinnamony taste to your dish, it will help to enhance the other flavors and ingredients in drinks, desserts, and savory baked dishes.

To use the popular spices as an allspice substitute, add the same amount of cinnamon as the recipe calls for allspice and grind a bit of fresh black pepper on top. Taste test and add a bit of mace, star anise, cloves, or even a bit more pepper if need be.